Smart cars are a type of car that is known for their small size, sustainable features, and other high tech gadgets that they carry. They are compact, fuel-efficient, carrying many new technologies that make driving easier and safer.

One such Smart car is produced by a German automotive brand (also called as smart) and division of Daimler AG, based in Boblingen, Germany.

The company is formed with the cooperation of Swatch, a Swiss company, with Mercedes Benz. The name smart was derived from Swatch Mercedes ART.

Its first-ever model came out in the late 1990s, and since then, many new models have been added. More than 1.7 million units had been sold off the Fortwo car by 2015.

How fast can it go? Top Speed and acceleration 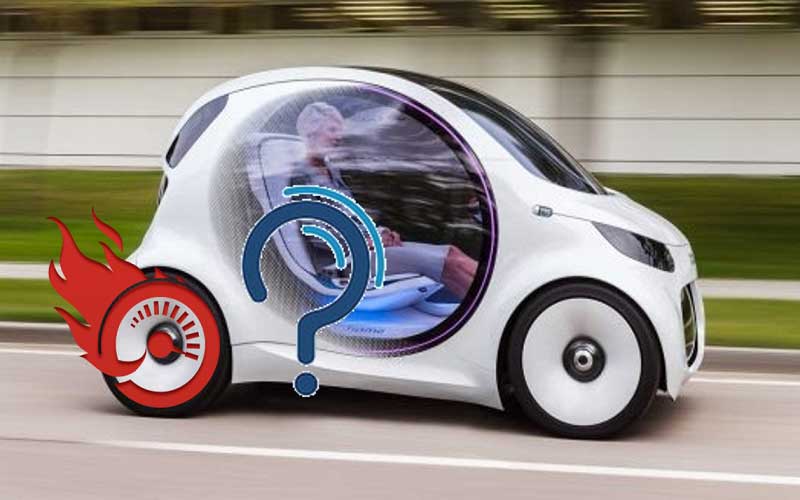 Top speed of a smart car

For one company called smart, one model (2017) of the car uses an 89-hp three-cylinder turbocharged engine, which can allow the car to go from zero to 60 mph in only about 10.1 seconds.

The top speed of the car is limited, using electronics to about 96 miles per hour. The speed is limited to allow for the safety of the driver as most lightweight cars become less and less stable with the increase in speed as the traction is being reduced.

With the advancement in the automotive industry, smart cars use new technologies to provide a better and safer driving experience than ever before.

Smart cars, even though weigh 400 pounds less than an average car and keeping the fact that they are extremely small in size, still manage to give a gas mileage of 40 MPG.

i) Small size with big benefits (How your smart car saves you money?)

One of the main features that a smart car boasts is its small and compact size. It is, therefore, best for use in cities with the ability to be maneuvered easily and where it can be parked in small parking spaces.

The small size of the car also allows for savings for the user due to its high fuel mileage. This is possible because the cars weigh less and do not require as much power to propel it forwards.

This makes it more environmentally friendly compared to other cars with low mileage. Now a day, with the new electric trend, companies are also building electric variants of the smart cars.

ii) Is it safe? The safety features that come with your smart car 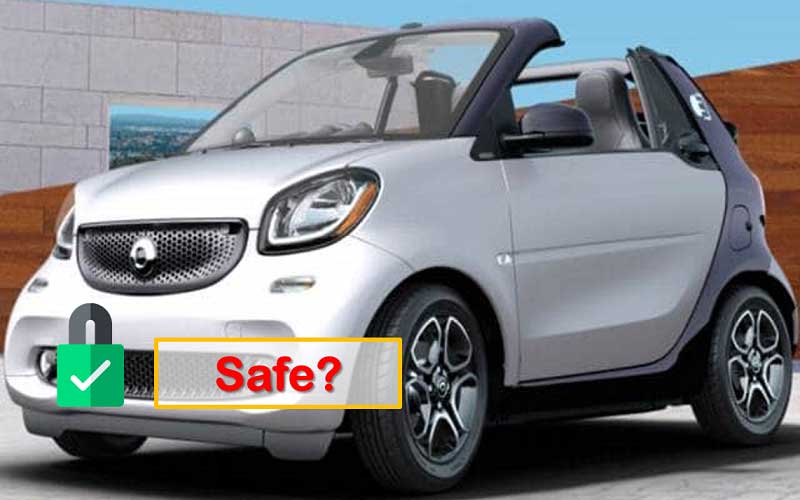 One problem that generally arrives with small-sized cars is the safety issue. As the smaller, the car is the less stable and safe.

It is in a collision, especially with cars that are much larger. The smart car tackles this issue by using a steel cage-like structure for the monocoque chassis and also providing a crumple zone in the front and shifting the engine to the rear of the car.

As the smart car is all about providing a good user experience and also being environmentally friendly, it contains recyclable and changeable panels on the inside so the user can change the look or color of the car for them.

Most smart cars come with an automatic transmission system meaning the clutch is not required. Some smart cars which have manual transmission have also eliminated the use of clutch with a handheld lever. 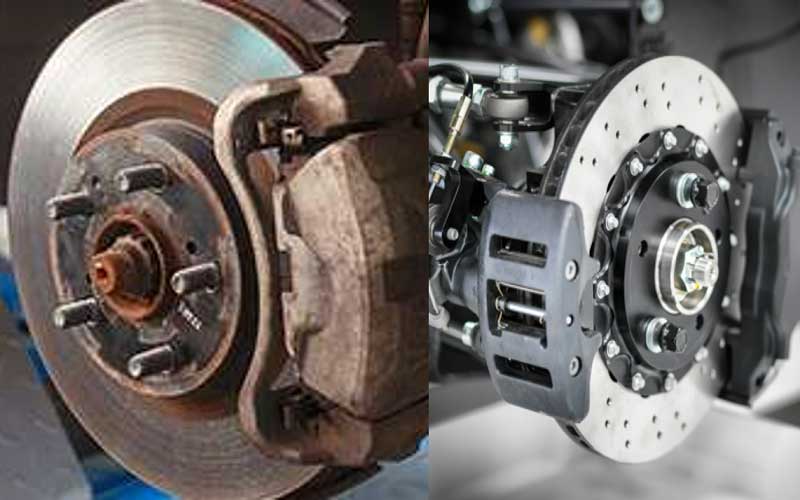 An example would be the anti-locking electronic braking system. This system is used in cars to allow for easier braking on slippery surfaces when a tire losses traction, and starts to skid.

The anti-locking braking system utilizes pump valves, speed sensors, and electronic controls to control the wheel speed in such a way so as to eliminate skidding.

Most smart cars use a dual braking system, which basically means that that there are two brake circuits that provide extra support and also increase safety for the case when one circuit fails, so another is present for backup.

Some smart cars use servo-assisted braking. A servo basically increases the pressure on the pedal when the driver pushes the brake to increase braking speed.

Until now, we have mentioned the mechanical or electrical features that give a better driving experience to the user. Now we will shed light on some features that make the journey more comfortable and enjoyable with the use of IoT or AI.

For example, some smart cars are installed with an augmented reality display. This means that the car shows different data to the driver on the windshield of the car.

It can be anything from the current speed of the car to the time or even incoming calls if the cell phone has been connected. This makes it easier to view the data and also more enjoyable.

There may come a time when even touch control becomes possible for this type of technology. Imagine being able to change songs or view your calendar while browsing on your car windows.

ix) Integration with your device – make your journey even better 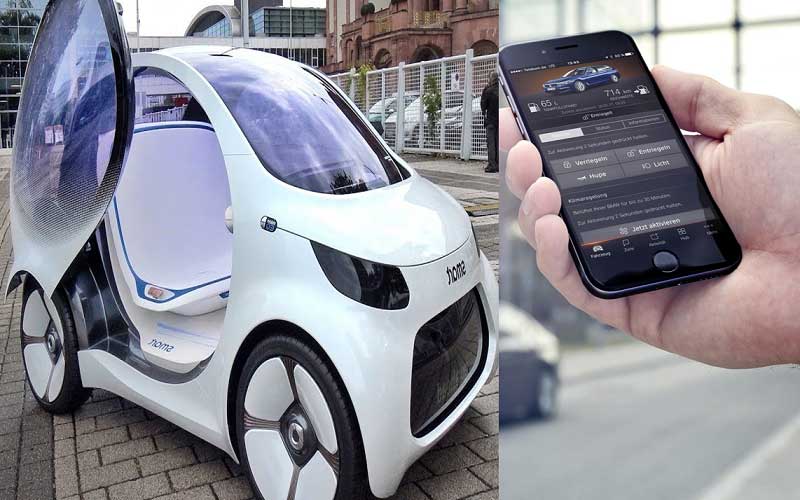 Smart cars are trying to increase the level of connectivity or integration of devices with the car.

Most cars have options to connect your phone to the car audio system to listen to music or answer calls, but now we see an increased level of communication of devices with the car such as the Honda accord lets your car access Siri.

Google actually unveiled an android system specifically built-in for cars to provide infotainment to the user. More and more car manufacturers realize that integrating cars with our devices or making the car itself a smart device is the demand of the future.

x) No more keys! Unlock your car with your phone 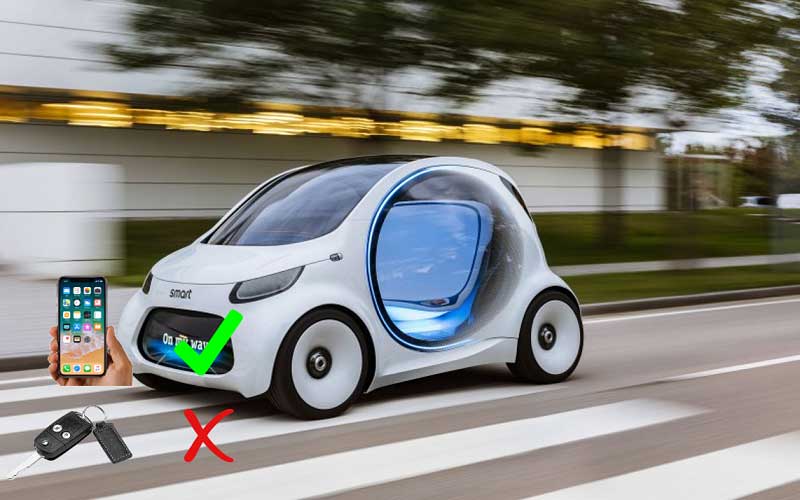 Can unlocking by Smartphone

Some smart cars come with features where you can unlock your car with your phone by downloading virtual keys.

While some cars have yet not achieved this level, but there are other features available that can sense when the key is near the car or inside it, and you don’t actually have to put it in. You can start these types of cars with push buttons instead. 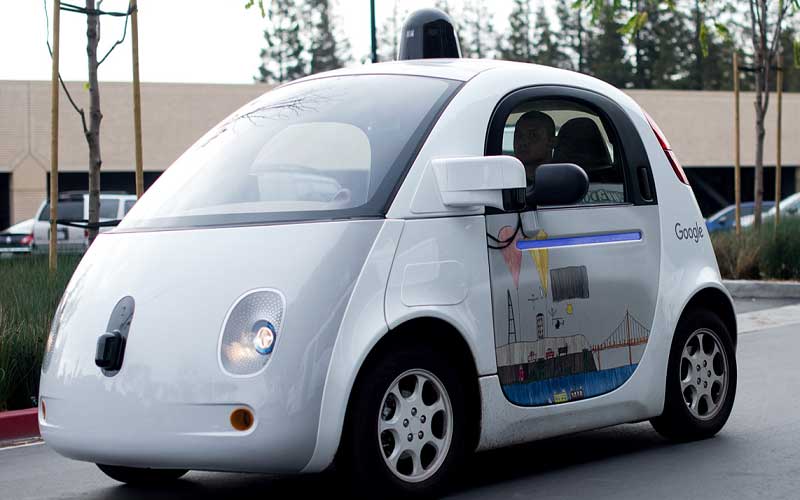 Some cars even have some automated features such as self-parking. Though fully self-driving cars still have some time before they hit the market, more and more companies are trying to make it possible.

Currently, self-driving cars are under testing as they still pose some safety concerns, but we can be sure that when the technology is finally perfected, they will be safer than an actual human-driven car. Who wouldn’t want AI to do all the work for them?

xii) Get Advice from your car

Some smart cars are increasing the use of IoT to even further improve the user experience.

While we see the use of smart guides on a lot of cars these days to show the way some smart cars have gone further and installed systems which actually advise you on how to save fuel from telling you shorter routes to also mentioned when you are near a gas pump with lower rates.

In this way, you can save money whenever possible. Who knew you would be able to get advice from your car. We can only imagine where the use of IoT will take us in the future. 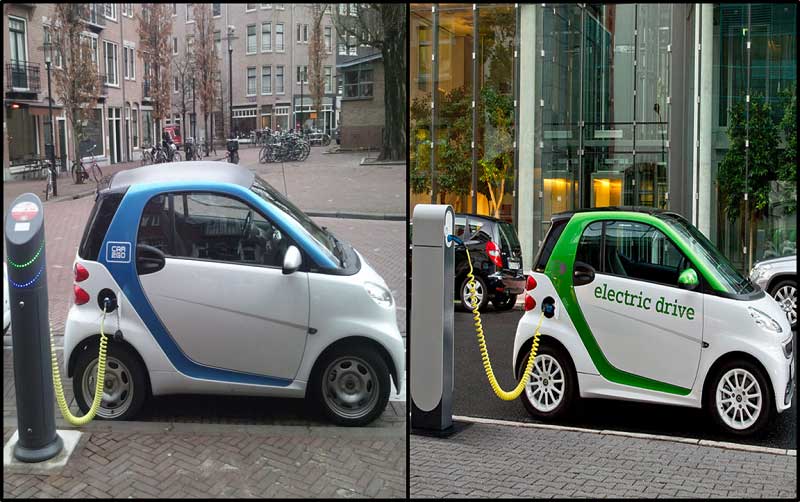 It is also worth mentioning the increase in the manufacturing of electric cars for making the automotive industry more environmentally friendly. Smart cars are also not behind in this trend, with more and more electric models coming out.

And newer and newer electrical technologies are being utilized to make the batteries lighter and more efficient. It won’t be long before electric cars have taken over the market as their environment-friendly nature makes them attractive to the customers.

New discoveries in the field and improvement of current technologies will make these cars even cheaper and more easily affordable.

We can see those smart cars are actually one of the smartest options to be used in cities with their easy handling and all the other entertaining features.

While they may not be the fastest, they still pack quite a speed for their size and their other qualities, such as financial saving and innovative features more than make up for it.

How Much Does A Truck Weigh (Things To Remember When Buying)

How to Restore Headlights Permanently? Signs of Headlight Failure