How Does a Surge Protector Work? Described in Details

A surge protector, also known as a spike suppressor or a surge diverter, is a device that is designed to protect electrical devices from voltage strikes even that of lightening.

These are typically installed in communication systems, power distribution panels, and other heavy-duty industrial systems. Their scaled-down versions are also installed in residential areas to protect household appliances from voltage strikes. 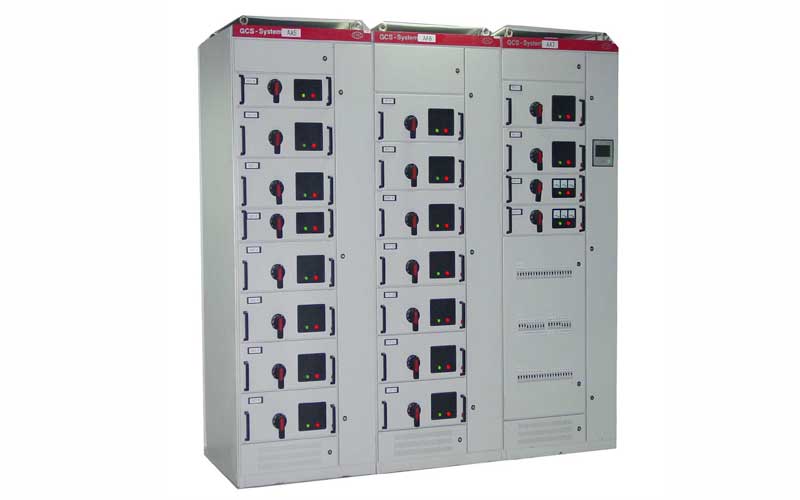 How does a surge protector protect an electrical device from Voltage strikes?

A voltage strike is an event when the voltage increases up to about 1000 Volts. Short strikes last only about 1 to 30 microseconds but can be extremely dangerous for electrical appliances and may result in a short circuit.

They destroy the wiring insulation and destroy electrical devices such as battery chargers, TVs and modems, etc.

A long term strike that lasts up to minutes, and sometimes even hours, can cause power transformers to fail. They can even destroy protectors in an entire area. The surges may or may not be controlled by simple fuses.

As the name suggests, these devices protect electrical appliances at a small scale like household devices and large scale like industries and full-scale buildings, etc. from electrical surges. The next question that arises in mind is how they do it and how to know which one is the best option that fits your requirements. 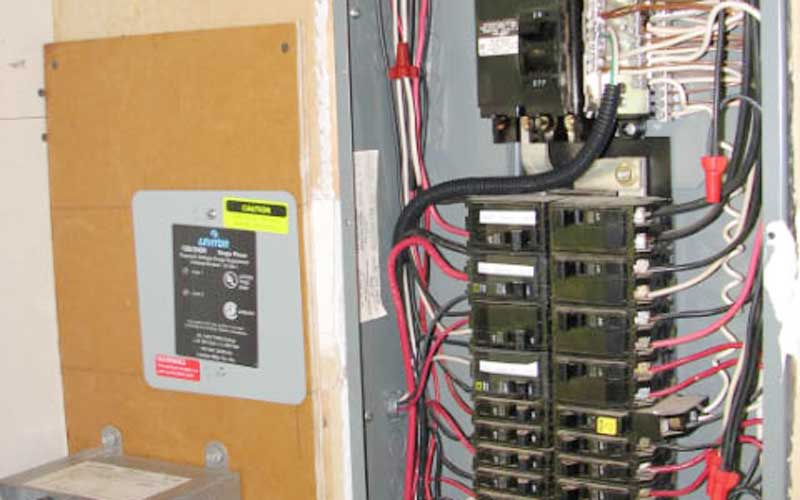 For that, we have made a list of a few types of surges that are used in different places. Each one of these surges is explained in detail with its components, working, and use.

Different types of surge protectors and their working explained

There are different surges with different technologies and functioning used out there. All these surges, however, function on two methods that are blocking and reducing the current supply.

The first six types of surges explained below use the second method and diverted all sorts of unwanted surge energy away from the electrical devices that are protected by these surges. They work by using a protective component that is connected in parallel with the devices.

These eight surge protectors are each explained below in detail:

These metal oxide varistors can limit a voltage to about 3 to 4 times the normal circuit voltage and divert it away from the protected load.

These may be connected in parallel to increase the current capability. But they must be matched sets. Otherwise, the unmatched ones have a tolerance of about +10%, which is not enough.

They have a finite life expectancy and stop working when exposed to a few or many long and short term strikes.

Most of the modern surges and the house protectors come with circuit breakers and thermal fuses. These thermal fuses disconnect the MOV when it gets too hot. This way, the circuit working but is not protected anymore. Most MOVs come with an LED light that indicates whether the MOV is functioning or not. 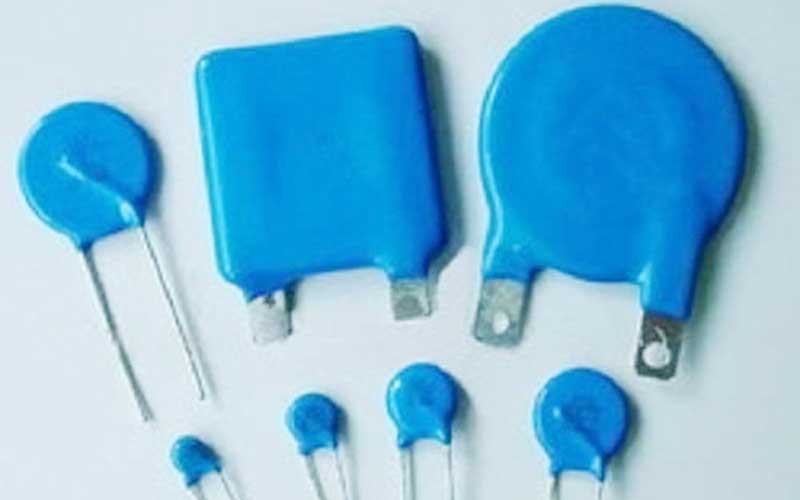 Failing MOVs can cause a fire. Therefore, it is important to have an indicator installed. This way, you will know that the protective components have failed, and you can replace them. It’s important to check the indicators regularly.

MOVs are the most common protectors used nowadays because of their low cost and their good price to performance ratio.

Also known as the silicon avalanche diode(SAD), which limits voltage strikes. They provide the fastest limiting action of the protective loads but have a relatively low absorbing capability.

If the voltage exceeds but a great deal, it may cause a permanent short circuit.

This limits the TVS diodes to circuits with smaller current spikes. These are mostly used in circuits where strikes occur more often than a year, as they do not degrade for as long as the ratings within its limits.

They are best for high speed but low power circuits such as the ones used in data communications. They can even be paired with other diodes by connecting them in series. This reduces the capacitance to the required limit in communication circuits.

These are very much similar to TVS diodes in their working and use the ‘reduce current’ mechanism as well. They are capable of breaking over to a low voltage. This low clamping voltage then allows the TSPs to allow large current surges to flow through the circuit at the same time, reducing the dissipating heat to prevent it from failing to function.

It’s a small silver cylindrical-shaped sealed device enclosed in a glass tube that contains two electrodes and a gas mixture in between them. Once the apparatus is put under a high voltage, it becomes ionized and starts conducting electric current.

They, too, have a finite life expectancy and are only capable of handling a few large voltage strikes and many small strikes.

Like MOVs, they can’t handle a voltage strike that’s too high. A lightning strike occasionally causes a short circuit leaving the GDT non-functional. 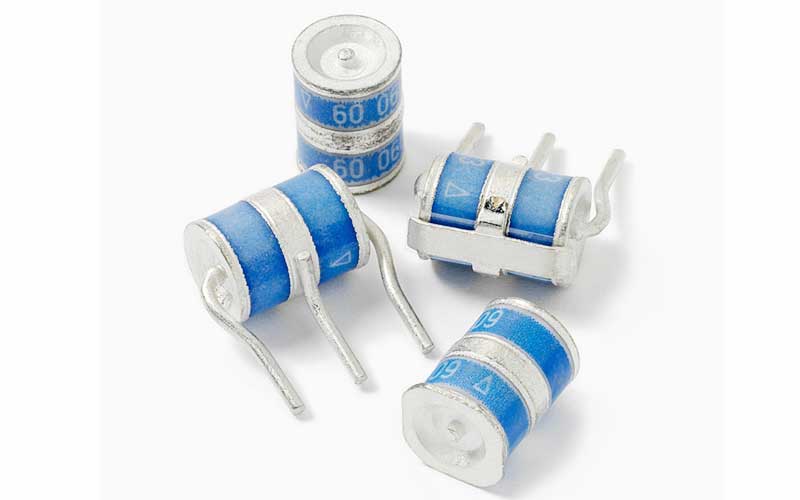 GDTs, however, take a long time to trigger, and by that time, a strike of 500V may have already passed through. To prevent this from happening, additional protective devices have attached that function until the GDT comes into action.

They are commonly used in high-frequency lines such as telecommunication devices, etc.

It consists of a bulk semiconductor similar to the one used in MOV. It has a life expectancy greater than MOVs; however, it doesn’t clamp as well. If properly sized, it can dissipate the power at a continuous rate and can retain its clamping characteristics through the event while the surge occurs.

It’s a device mostly used in telephone circuits. The device consists of a carbon rod electrode that is held by an insulator at a little distance from the other electrode.

They are similar in working to GDTs but with the electrodes exposed to air instead of being immersed in a mixture of gases. It’s important not to put them in an explosive atmosphere as it’s dangerous and might result in an explosion.

This device consists of a tuned quarter wavelength that allows it to pass a set of certain frequencies but can short circuit any other signals.

These surges work by blocking the current, unlike the ones we studied before that reduced the current supply.

They consist of coaxial terminals that are compatible with coax cable connectors and provide protection for RF signals with frequencies above 400MHz. At a frequency this high, they perform better than gas discharge cells that are used in universal or the broadband coax surges. 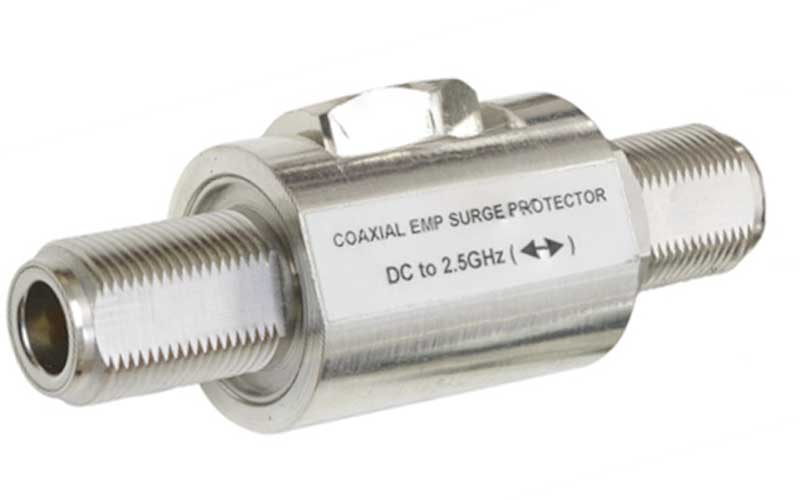 They are very useful for telecommunication devices with frequencies ranging from 2.4GHz to 5GHz, but not devices like TV because of the nature of their frequencies.

They operate differently from the rest of the suppressors that we studied, as their working does not depend on the material that may wear out during repeated strikes. They are mostly used to control the transient voltage that may harm the electrical devices.

They are heavy duty and only allow 50 to 60 Hz of line voltages to pass through. Any voltage greater than this is blocked and diverted away from the protected load.

However, the problem with SM suppressors is that they are connected in series, which requires the circuit to be first disconnected and then connected again to add the protection. It’s also costly as compared to the rest of the devices and big as well.

So these were the eight types of surges each explained with its working and where it is mostly used and why.

We hope you now understand the types of surges and their functioning and know what surges you need to install in your own house or industry etc. that fit the size of the area, suit the electrical device you want to protect and most importantly, are reliable and fall under your budget range.

Driving With Bad Struts, Possible? If Yes, How? If No, Why?