Fixing Reduced Engine Power On A Chevy Impala in details

Reduced engine power can be caused by several different factors. In some cases, you should be able to drive your car normally if the fault is minor. However, major faults may prevent your car from going above speeds over twenty miles per hour.

Typically if your car is suffering from this issue, then your ‘Check Engine’ light or the ‘Reduced Power’ light will be turned on if it is present in your car. However, there are exceptions as well where that light may not turn but will still be able to tell if your car isn’t operating at full capacity. The sections below deal with the symptoms, causes, and solutions on dealing with reduced engine power without a mechanic. 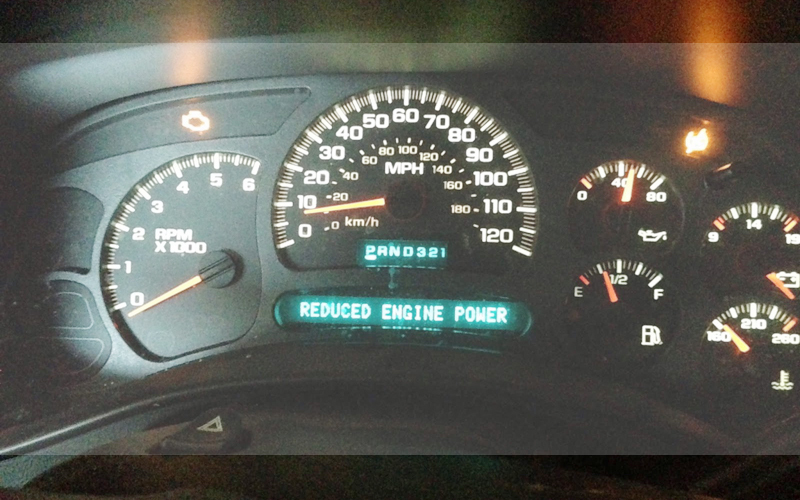 What are the symptoms of reduced engine power?

The common symptoms that accompany reduced horsepower is a lack of acceleration on, i.e., your car will not be able to reach its normal speed while on the road. Although most of the time, low horsepower can be accredited to standard wear and tear, there are also some other causes. You should be mindful of these, especially if your car/engine is still relatively new, i.e., it hasn’t been subject to much wear and tear.

Now, apart from being notified by the warning lights, you can also check for reduced engine power by taking a look at your tires to check the inflation pressure. Typically, this is a quick fix, and it’s a good place to get started. For more complicated cases, take a look at some common causes listed below.

There are several different variations of sensors that are present in every car, including the Chevy Impala. These are key components that ensure that a car is functioning optimally. The same goes for the airflow sensor. It is fitted in the engine and regulates the airflow coming into the engine. The air aids the combustion reactions that take place in the engine; therefore, it is a necessary aspect of maintaining engine power. 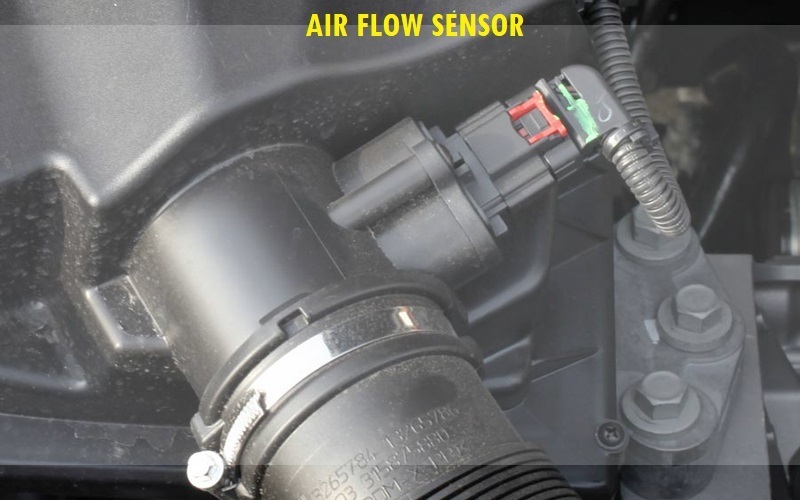 The sensor functions by letting airflow over a heated wire. The volume of air varies off and on, and this affects the temperature of said wire as well. In turn, the temperature of the wire offsets the amount of gasoline that is used up in the combustion process. If the wire gets clogged and covered with dirt particles, it can cause the temperature reading to be inaccurate. This is because the sensor picks up on the signals that there is less airflow in the engine, which causes the engine to use less gasoline, hence leading to less engine power.

An air filter works alongside the airflow sensor for the most part. As the name implies, it filters the air that is flowing into your engine. This helps keep the engine free of dirt particles that can otherwise clog it and cause it to under perform. Naturally, the filter itself may be plugged up as well due to the sheer volume of air and dust particles going through it. This causes reduced airflow to the engine and similar to the airflow sensor effect; it causes reduced horsepower. 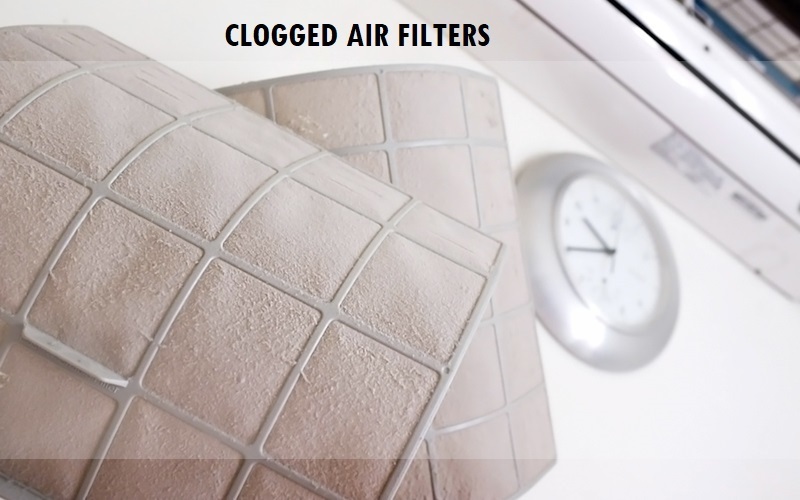 This problem is a bit difficult to identify because the air filters are not connected to any sensors; therefore there is no warning light to indicate the buildup of dirt on the filter itself. You will only notice this when there is a marked reduced in horsepower. 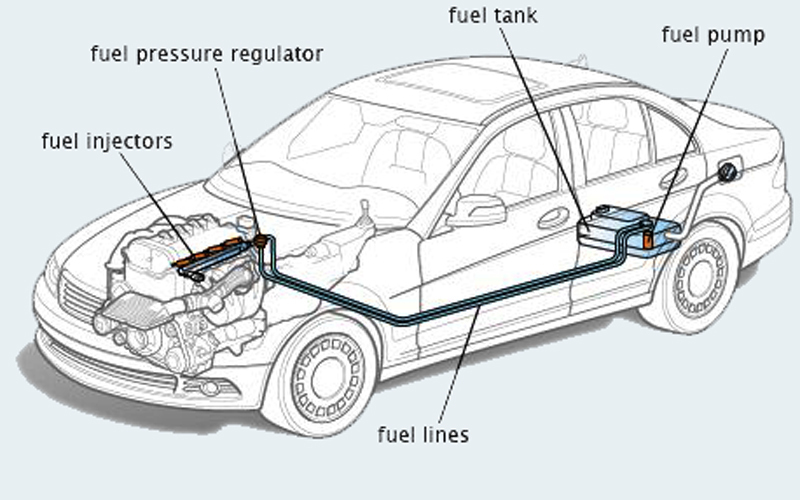 However, there are cases where it is located in the fuel tank. This means that it is electrically powered in the tank. As the engine and the car goes through more wear and tear, the fuel pump ages as well. Apart from the standard aging, there are some other factors that may be contributing to its deterioration as well.

For instance, the fuel is also typically used as a coolant fluid in the fuel tank. This regulates the temperature of the fuel pump as well while the car is on the move. If your car is low on fuel and you are still driving, this prevents the fuel from functioning properly as a coolant because it is by the engine on a priority basis. This can affect the integrity of the fuel pump, as well. Again, there is no warning light or indicator for this save for overall reduced engine power.

Catalytic converters are an important component of any car. However, many people believe that installing a converter inhibits the engine power of a car. While this may be true to some extent, this only occurs if the catalytic converter is clogged up. To understand this, it is first important to understand how it works in the first place. The main function of a catalytic converter is to regulate and filter out the gases that leave the engine through the exhaust. Exhaust fumes contain many harmful gases such as the likes of Carbon Monoxide; however, the converter turns these harmful emissions into safe gases such as Carbon Dioxide. 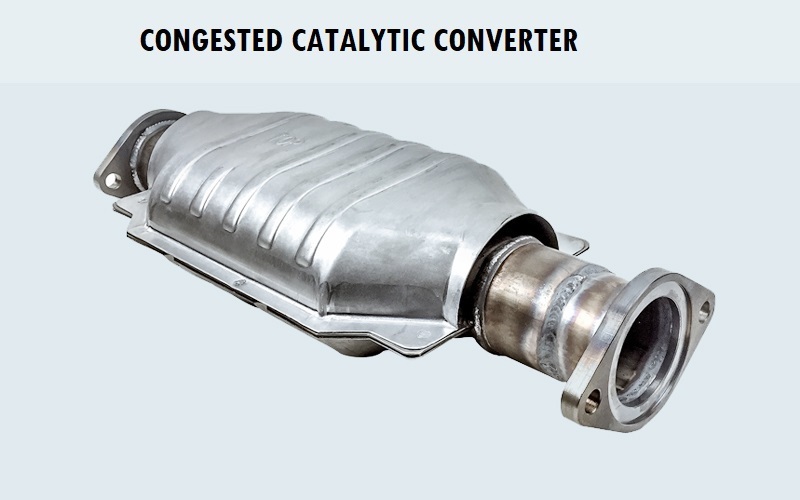 Although catalytic converters do work by restricting the outflow of certain exhaust gases, this is only problematic if it isn’t working properly. Removing the converter altogether isn’t an option because it is extremely harmful and also illegal. Therefore, your best bet is to look for ways to fix your catalytic converter for optimal engine power.

How can you fix reduced engine power without a mechanic?

As you might have understood already, the causes above of reduced engine power stem from moderate level issues. These can be corrected easily by yourself. Once you have the right knowledge and technique down, you will find that you don’t need to hire a mechanic to solve these problems. Read on to find out how you can go about fixing reduced engine power.

1. Inspection
Since most of these issues are such that there are no clear symptoms before your engine power is ultimately reduced, your best bet is to inspect these components of your car regularly. For the air filters, you will be able to notice right away if they are clogged. For the airflow sensor, you can open the hood of your car and start up the engine. Give the sensor a couple of taps; if you notice the engine faltering while you tap away, then the sensor is likely malfunctioning. The same goes for identifying a faulty fuel pump, and a catalytic converter.

2. Prevention
For most cases of reduced engine power, you will be able to tell if your car isn’t performing optimally right off the bat. As soon as you get a hint of this, it is best to take some precautions before it gets worse. For starters, there is inspection, as mentioned above. Other than that, there are issues that can be prevented altogether, such as the malfunctioning fuel pump. For this, make sure that you refill your tank regularly to avoid the fuel running too low and affecting the performance of the pump. You can also set a schedule to clean out your air filters and airflow sensor to keep them in pristine condition.

3. Repair vs. Replacement
This is an important question many car owners may ask themselves. It is completely valid to considering that some components can be easily repaired while others may have to be replaced altogether. As aforementioned, there are some easier solutions as well, such as regularly cleaning air filters/sensors, etc. However, if there is more significant damage, then you might want to consider one of the other options. For instance, when it comes to a fuel pump or catalytic converter, your best bet is to replace them because they cannot be repaired. 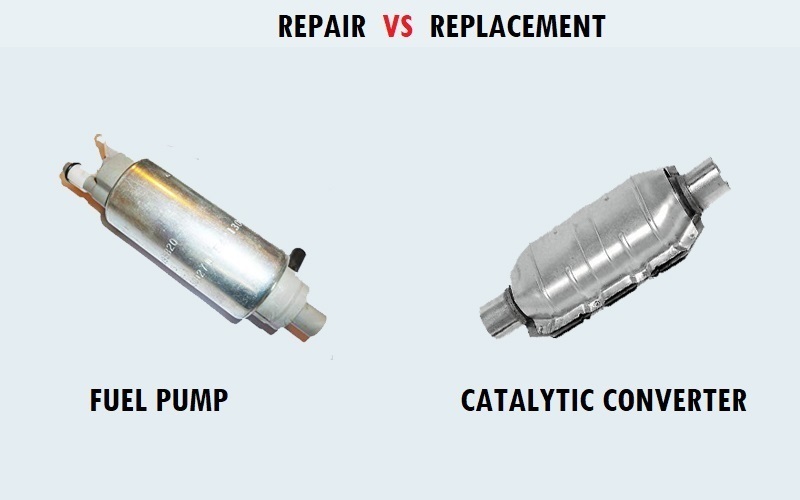 Another factor to consider is cost. When it comes to a catalytic converter or fuel pump, they are particularly inexpensive. For the catalytic converter specifically, since it contains precious metals that are used to filter out exhaust gases, it can be on the pricier side. However, doing it yourself can still save you the cost of hiring a mechanic to do it for you.

Conclusion
Admittedly checking or replacing certain components in your engine is a tricky job and you may be tempted to call somebody up and save yourself the trouble. However, it will do you good to take this upon yourself. Not only will it cost significantly less, but it will also allow you to become more familiar with your car. When it comes to classic models such as the Chevy Impala, in particular, it is best to deal with it personally to get the job done without any scams!